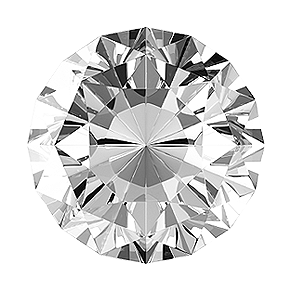 Often referred to as the round brilliant, because it is the most common brilliant-cut diamond. Round diamonds  account for more than 75 percent of all diamonds sold. Created by Marcel Tolkowsky in 1919, round diamonds have 58 facets, which cause light to bounce from the bottom of the Diamond back through the top, giving it unbelievable brilliance. Of course, the diamond has to be the ideal shape in order to reflect the light at optimal levels.  The round is still the most popular shape and though his grand nephew Gabriel Tolkowsky invented unique  flower cuts and various other cuts , it still remains at the top of the list of desired diamond shapes worldwide. 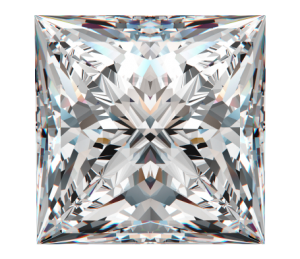 In the year  1961—London was swing dancing away, and jewelry designer Arpad Nagy was inventing the princess cut as we know it today. This square-shaped diamond with an array of facets, ranging from 49 to 144,  depending on the diamond’s size, has become quite a desirable diamond. Ever since the “Modern Girls” and the men who love them, have been buying this shape for their engagements and even diamond earring studs. Flirty and sophisticated,  the princess cut diamond is often given as a solitaire  engagement ring.

“Princess Cut  Diamonds are easy to incorporate into fancy mountings and can also be used in a diamond wedding band for men that like a little bling. 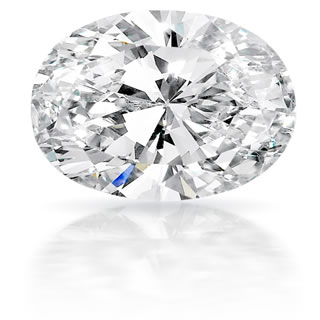 Similar to round diamonds, oval shaped diamonds  have a ton of  brilliance.  Symmetrical,and classic, this shape is popular as a solitaire among those with smaller hands,because the oval’s elongated shape gives the illusion of longer, slender-looking fingers. However, the oval is also often accompanied by various side stones, ranging from smaller diamonds to  sapphires, emeralds or other  beautiful gems. 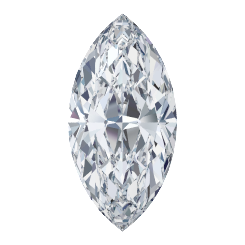 This dramatic diamond shape is known as the majestic shape and comes with  a piece of interesting history. Legend has it that this cut was invented during the 18th-century reign of Louis XIV, allegedly named for one of  his mistresses, the Marquise de Pompadour, and he was  inspired by her  beautiful smile. The tapered cut is essentially an oval shape with rounded sides and points at each end.  It is distinctive, much like the Lady who chooses to wear it. Modern shaped Marquis diamonds often have a hexagon-shaped surface with facets on the top and bottom to better reflect light. This unique cut can also look larger than it actually is, and due to its elongated shape, it can make your fingers look more slender. This shape is ideal for those looking to maximize karat weight, and want to  achieve a larger look. 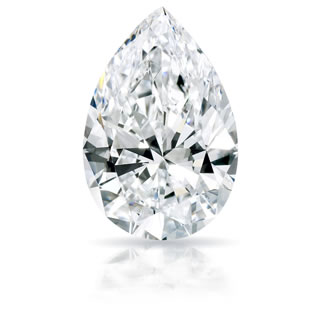 Mixing the best of the marquise and the oval, this hybrid resembles a teardrop.Popular for pendants and earrings, the pear shape is also a unique and excellent choice for engagement rings, and can be various dimensions, and  depending on your preference JWO can order either a more elongated teardrop or a fatter one.  Due to its unbalanced shape, it’s not usually set with side stones but can be achieved with sophisticated design software such as the CAD available at JWO Jewelers. 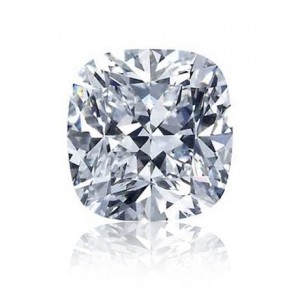 In all things in life, she expects only the best—which is why she chose you after all. So for the lady that always knows what she wants, it’s the romantic cushion she’s craving. Also known as a pillow cut, cushions look a lot like a rectangle shaped diamond with rounded corners and have larger facets to increase their brilliance . One of the most popular diamond shapes a century ago, cushion cuts go back to an era of romance and elegance. The Cushion Cut is perfect  for those who care about clarity. If you desire a clean yet elegant look this is the stone for you. The cushion cut also remains among the most popular diamond shapes in the world. It is not easy to cut in small sizes and is recommend as a center stone 1 Carat or larger. 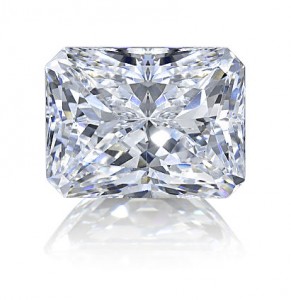 This stone is hard to find which can increase the price tag it is not often used as an engagement ring
Hard to find and not commonly used for engagement rings due to its scarcity, the radiant is a combination of the elegant glamor of an emerald cut diamond mixed with the brilliance of the round, resulting in  a square with trimmed corners, and an unusual amount of brilliance and sparkle . This extra special sparkle is the result of the way it is cut.  The RADIANT DIAMOND is featured in quite a few publications and talked about as if it was a Rock Star.  The Radiant diamond has a total of 70 facets, which is 12 more facets than the brilliant round. 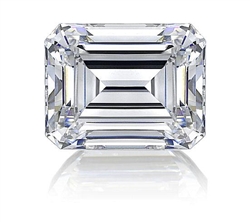 If  she is all about  glamor, this is the diamond to give to her.  A rectangular shape with long facets, with it’s the large table (the flat part on top) that shows off the rock’s clarity better than any other shape. What it lacks in sparkle  it more than makes up for in quiet elegance and confidence. Created in the art deco period, the emerald boasts long, glamorous lines, a rectangular shape with cut corners that resemble stair steps (it’s often called a step cut), and its name was taken from the most popular shape for emeralds in the 1920s.

Those who prefer to wear their hearts on their fingers will fall for the ultimate symbol of romance and sentimentality, the heart-shaped diamond. Often more of a novelty, it is still sometimes preferred as a beautiful solitaire engagement piece.  Much like the pear-shaped diamond, heart-shaped  require more skill and precision, when cutting and so, therefore, are often a bit more costly per karat. The  diamond cutter defines the brilliance  and beauty of this shape. JWO Jewelers will order a few stones to choose from to assure perfect symmetry and sparkle, prior to purchasing the piece that will be designed by Krist Hochburger. The Heart Shape is one of the top ten diamond shapes in the world today. 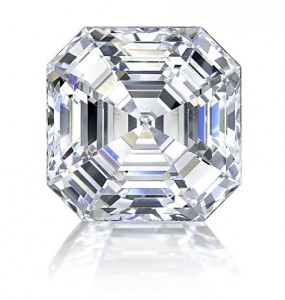 This cut remains on the list of Top Ten Diamond Shapes sold around the world. The Asscher cut diamond was first cut in 1902 by the “Asscher Brothers” of Holland. Joseph Asscher became famous for cutting the world’s largest rough stone (the Cullinan, at 3,106 carats), also referred to as the “African Star” Asscher cut diamonds originally peaked in popularity in the 1920’s, and could recently be found only in antique jewelry shops. In early 2000, nearly one hundred years after the first Asscher cut diamond was created, this shape began to make a comeback and quickly gained in  popularity. Some modifications were made in the last decade,  that gave the shape more brilliance than the traditional Asscher cut diamonds. The  Asscher cut diamond is similar to a square emerald cut, usually with larger step facets, a higher crown, and a smaller table. The combination  produces more brilliance than the emerald cut, which is also a step cut diamond, that is rectangular in appearance. A well cut Asscher Cut Diamond will appear to have concentric squares as you look down through the table, the result of the proper positioning of the pavilion facets  underneath. Like the emerald cut, the Asscher cut has cropped corners; however, because an Asscher is square, the cropped corners give the Asscher cut a somewhat “octagonal shape”. Once mounted in a four prong setting, the diamond maintains its beautiful shape within a square silhouette.

According to The Knot, (a local wedding and bridal directory), the “Asscher Cut” is for Vintage Lovers.

Nearly identical to the emerald cut, except that this stunning shape is square, the Asscher is striking and dramatic, evoking a very 1920s-1930s, art deco feel (it’s sometimes called the square emerald cut). It has a thick, almost chunky profile, clipped corners (sometimes deep enough to make the diamond appear to be an octagon) and stepped sides (features that distinguish it from the other square shape, the princess, which has a broader surface and sharp, angular corners). Created in 1902 by the Asscher brothers of Amsterdam, this shape was popular through the 1930s—and now with antique- and vintage-style lovers.

Reese Witherspoon was given a four-and-a-half-carat Asscher-shaped diamond set in a 1920s art deco style from former hubby Ryan Phillippe. And Elizabeth Taylor, queen of diamonds, also wore a very famous 33-carat Asscher diamond, though this one was from fifth (and sixth!) husband, Richard Burton. So you see diamond shapes truly speak to people’s individual taste and personalities.