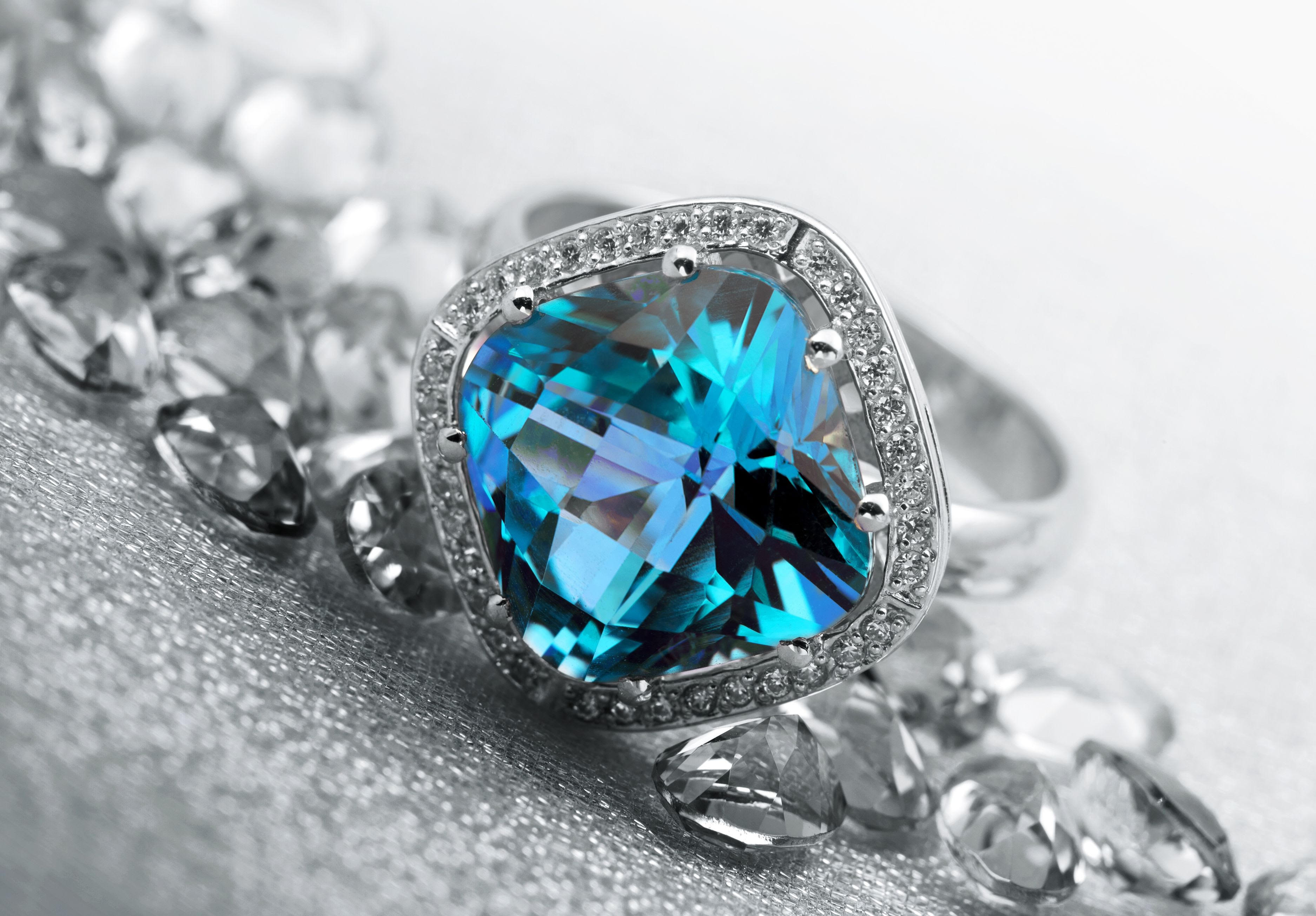 In anticipation of the upcoming holidays, JWO Jewelers celebrates by making beautiful December birthstone jewelry- Blue Topaz with stunning diamond accents is always a hit!  Whether you are interested in a stock piece or want to design your own, we are ready for your visit with us.

Blue Topaz is one of  December’s birthstones and is a semi precious gemstone. Blue Topaz is also given in celebration of the 4th and 19th anniversaries of marriage.  Topaz is a symbol of love. It  has been said to be an aid to sweetness and disposition.

Topaz gets its name from the Greek word topazion, which may originate from the Sanskrit tapas, meaning, “fire.” The name might also come from the name of the Egyptian island of topazos (now St Johns island) in the Red Sea. The Latin writer Pliny the Elder used the island’s name for a yellowish green stone found there, and it soon became the name for most yellow stones.

According to jewels for me and several other online resources the mystery and history of topaz is as follows:

The Greeks and Romans greatly valued topaz as a gemstone. In medieval times, small wine-yellow Saxonian topaz was mined at Schneckenstein in the Erzgebirge Mountains in Saxony Germany, and several rulers wore these specimens in jewelry. Deep mining was later used at the site from 1737 to 1800. Topaz was always a prized and rare stone from the time of the middle Ages until discoveries of large deposits in Brazil in the mid 19th century.

So it was not a Diamond afterall!

Nowadays it is much more popular and very affordable.  In 1740, the “Braganza” diamond (1,640 carats) was found in Ouro Preto, Brazil. It was set in the Portugese crown, and was thought to be the largest diamond ever found. The fact that it was a diamond was never confirmed, and it is now believed to have been a colorless topaz.

Visit our Store for your beautiful topaz jewelry, or for your loved ones surprise gift!

To schedule an appointment for a custom design piece or to set special time aside with one of us, please fill out the form below!