This beautiful Gem is July’s Birth Stone but is never a bad gift idea for any occasion.Ruby Jewelry is considered one of the most elegant and beautiful Gifts to give and the “Ruby” has long symbolized Passion, Love, and Courage, due to its dark red tone it is beautiful and can be combined with almost any metal and other gems. Rose Gold, Yellow Gold, and even White Gold, and Platinum are an option when choosing Ruby Jewelry.  Gemologists have found that the deeper the red in your Ruby the more valuable the stone can be.  Naturally, many factors determine the monetary value of the valuable gem.

Give your love the Gift of Passion, Courage, and Love with a Ruby.

There is no better way to demonstrate your love than by giving a Ruby in celebration of a July birthday. Rubies arouse the senses, stir the imagination, and are said to guarantee WISDOM, HEALTH, WEALTH, SUCCESS, AND LOVE!

According to the GIA, Rubies are the most treasured Gemstone available. The history of the Ruby dates back to 200 BC and has been used in previous cultures as a symbol of life representing the blood that flows in our veins. Similarly, modern religion also utilizes the Ruby as a symbol of Wisdom and Love.

A Ruby is a pink to blood-red colored gemstone, a variety of the mineral corundum, aluminum, spinel, another red gemstone, is sometimes found along with Rubies in the same gem gravel or marble.  The Ruby was first traded on Silk Road of China, wherein about 200 BC Rubies were carried along this ancient trackway moving westward from China.  In 2000 new discoveries of Rubiewerere made in Madagascar.

“Ruby has been called the most precious of the 12 stones created by God.”  Throughout History Ruby Jewelry was the Gift to express Love and Passion! 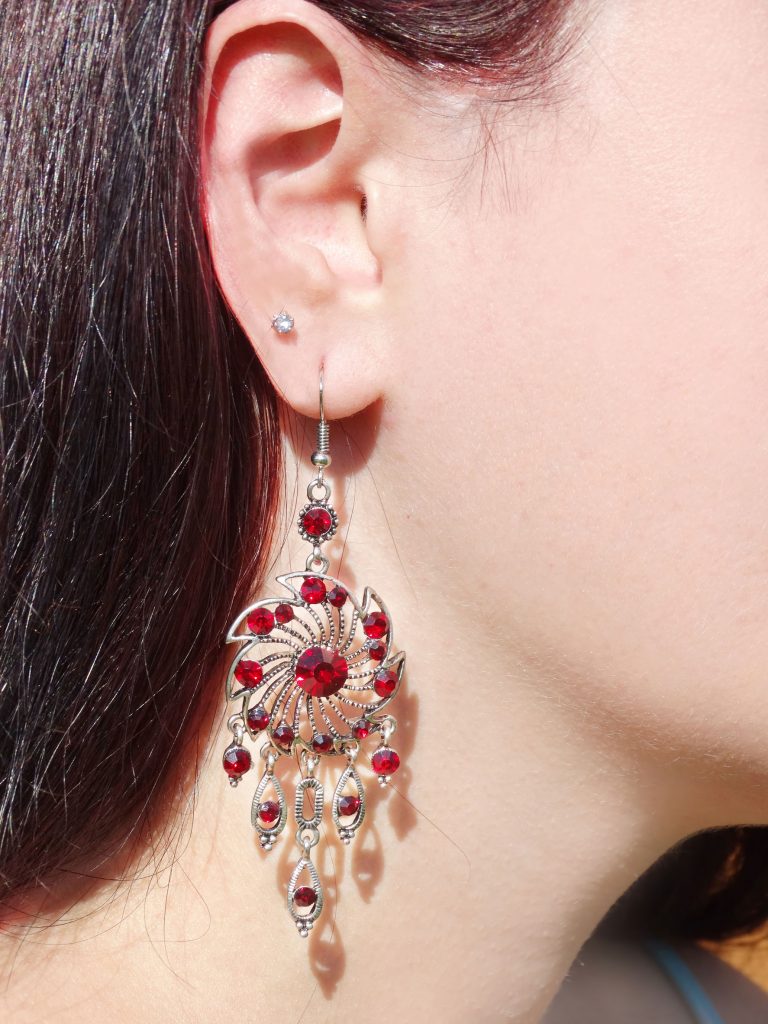 Ruby’s retained their importance with the birth of the western world and became one of the most sought-after Gems of European Royalty and the upper classes. Many medieval Europeans wore Rubies to guarantee Health, Wealth, Wisdom, and SUCCESS IN LOVE!

During the 17th and 18th century it is said that diamonds were frequently paired with Rubies to symbolize both Eternity and Love.

The rich contrast was a favorite among many wealthy, powerful couples, and the trend is starting to come back today, much to my personal enjoyment! Utilizing a ruby in an Engagement Ring brings a renewed vintage ring symbolizing undying, passionate love.

July Birthstone Ruby is actually a variety of the gems species corundum. It is harder than any natural gemstone except diamond, which means a ruby is durable enough for everyday wear. The ruby name comes from the latin word “ruber” which means red. It has been said that the ruby symbolized an undying flame.

Fine-quality ruby is extremely rare, and the color of the gem is most important to its value. The most prized color is a medium or medium-dark vivid red or slightly purplish red. If the gem is too light or has too much purple or orange, it will be called a fancy-color sapphire.

The Healing Power of the Ruby – RuBy Jewelry

Whatever your desire, Ruby is one of the most sought after gems on the market. Give your loved one a beautiful Ruby Jewelry as part of a custom designed diamond engagement ring, or beautifully designed earrings and necklace piece. Visit JWO Jewelers and we will custom design a beautiful jewelry ensemble for your loved one or yourself. Ruby Jewelry is also often in stock at our store in Roswell Ga, and popular designs include stackable Rose Gold Rings and Pendants.

Schedule your design consultation with our Jewelry Design Team Krist & Heidi to find out your options. There is a fee for 3D Custom Design, Call to find out more 770-752-9235